Cookies are required for various aspects of the site to work properly. If you continue we will assume you are happy to use cookies on our site.

Last week, one of the Big Six energy provider announced that energy prices are frozen this winter for millions of customer. This has even put pressure on rival companies with the intention to do the same. 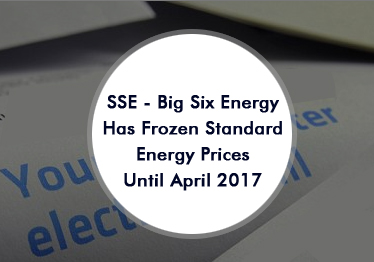 This change comes after a claim that Britain's big energy is overcharging and making more profit rather than what they publicly declared.

Scottish Hydro, Southern Electric and SWALEC in Britain and Airtricity in Northern Ireland and the Republic of Ireland, all works for SSE. Moreover, it has more than 8 million customers account in which 4 millions household having account for both gas and electricity supplies. However, it is only going to affect who are on standard tariffs.

On this announcement, Will Morris, MD of SSE said, I can understand freezing prices during winter when people start turning up their heat is a matter of concern yet promises that energy prices will not increase up to April 2017 for those customer who are on standard tariff.

Earlier, SSE had frozen energy price in March 2014 and after that it has done again now till April 2017. Last week report from energy supply division states that profit has gone down as it has lost around 70,000 customers account involving installation of smart meter.

The news of Big six companies making six times profit higher than they claim is represented wrongly, said Greg Clark, Energy secretary. He further said that it will be discussed to find exact report and if loyal customers are treated well.